Since Bamboo is a recent result of Appriss Health’s acquisition of PatientPing, we haven’t had time to move all of our content to one website. For this specific content, we’re sending you to one of our other sites.

Thank you for visiting bamboohealth.com. Please accept our use of cookies.

988 and Implementing a Crisis Management System 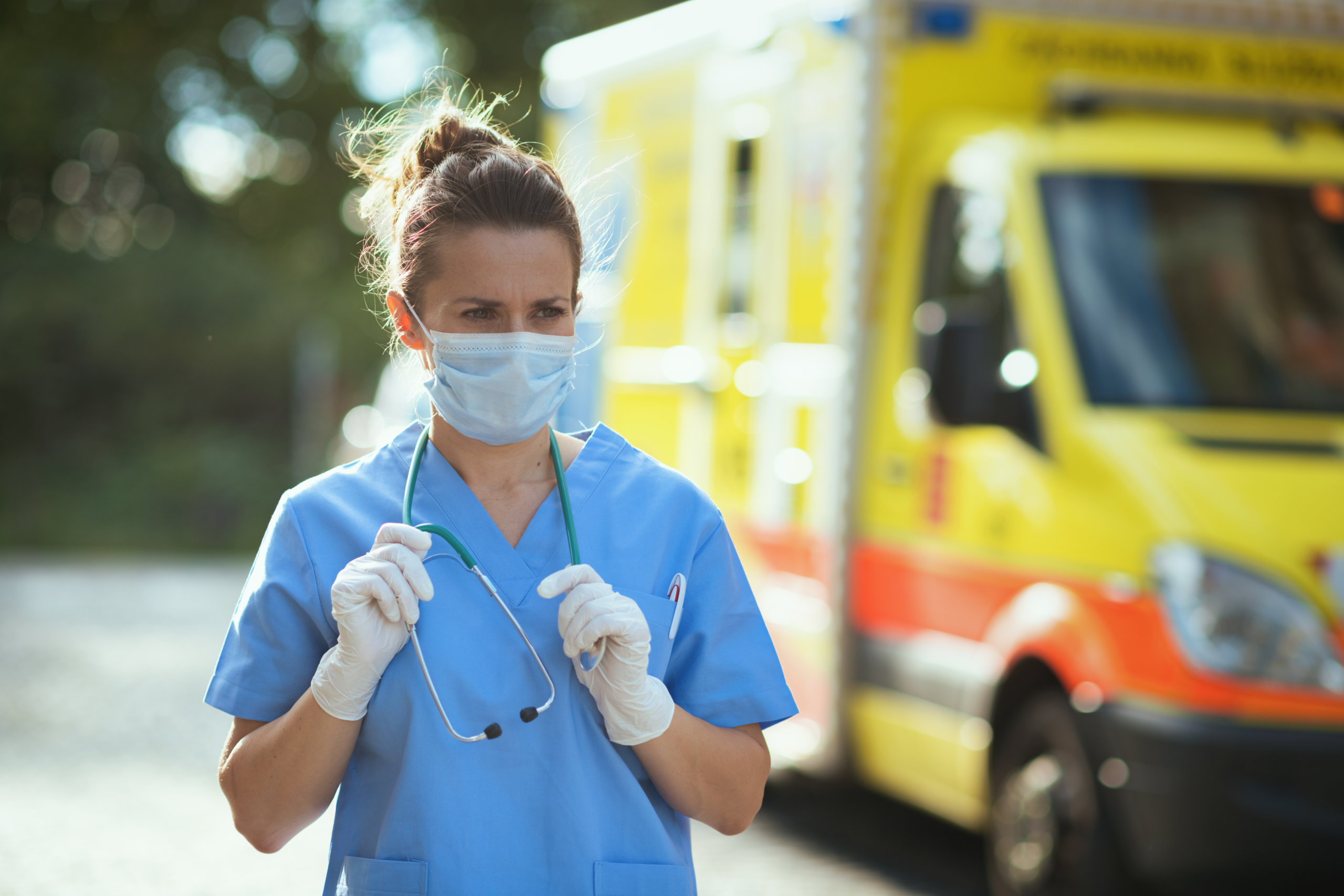 An astonishing 1 in 4 people has a mental health or substance use disorder (SUD) in the United States. As of November 2020, there have been over 90,000 drug overdose deaths, exceeding the toll from any other year since the opioid epidemic began in the 1990s. Moreover, emergency departments are overwhelmed by mental health and SUD-related visits, which is roughly 1 in 8 of all ED visits across the country.

Such individuals may also call a hotline when experiencing a mental health or SUD crisis. Since 2005 when the National Suicide Prevention Lifeline was established by the Substance Abuse and Mental Health Services Administration (SAMHSA), they have answered over 10,430,970 calls – 1 in 4 of which are from callers in suicidal distress. The Federal Communications Commission (FCC) also reported that counselors answered over 2.2 million calls and over 100,000 online chats from individuals in crisis in 2018.

With suicide as the 10th leading cause of death in the United States and the rate of suicide increasing by 35% between 1999 and 2018, there has been an increasing push for change. Resultingly, the National Suicide Hotline Designation Act was passed in 2020 which establishes “988” as the National Suicide Prevention Lifeline will be established starting on July 16, 2022.

The act requires the FCC to designate “988” as the universal telephone number for a national suicide prevention and mental health crisis hotline. There are roughly 170 regional crisis centers across the US that will field calls via 988 and there will be additional associated services associated with these crisis centers and state governments are also able to impose and collect fees statewide to support the 988 initiative. Ultimately, creating a three-digit, nationwide number as the “911” for such crises will hopefully make it easier for individuals to get access to and receive the mental health help they need.

For more information on 988, visit www.fcc.gov/suicide-prevention-hotline.

There currently are federal funding options available to help your state develop and implement a crisis management system – some examples are below:

The Coronavirus Response and Relief Supplement Appropriations Act was signed in December 2021 and then in March 2021, SAMHSA announced a supplemental $825 million to states for the aforementioned MHBG program as a part of the Biden administration’s ongoing response to the COVID-19 pandemic. It made $825 million in funding available via the MHBG for the operation of crisis lines, equipment and training.

The American Rescue Plan Act of 2021 was signed into law on March 11, 2021. Section 9813 of the bill supports the development of community-based mobile crisis support teams and includes a federal matching payment equal to 85% of the cost.

We can help your state identify additional funding sources, too – get in touch with us below to discuss further.

SAMHSA’s goal is to standardize the provision, processes, and quality of crisis care across the country.

SAMHSA notes that a successful crisis management system has the following processes and qualities:

Download our Public Health Playbook to get started or request a demo. 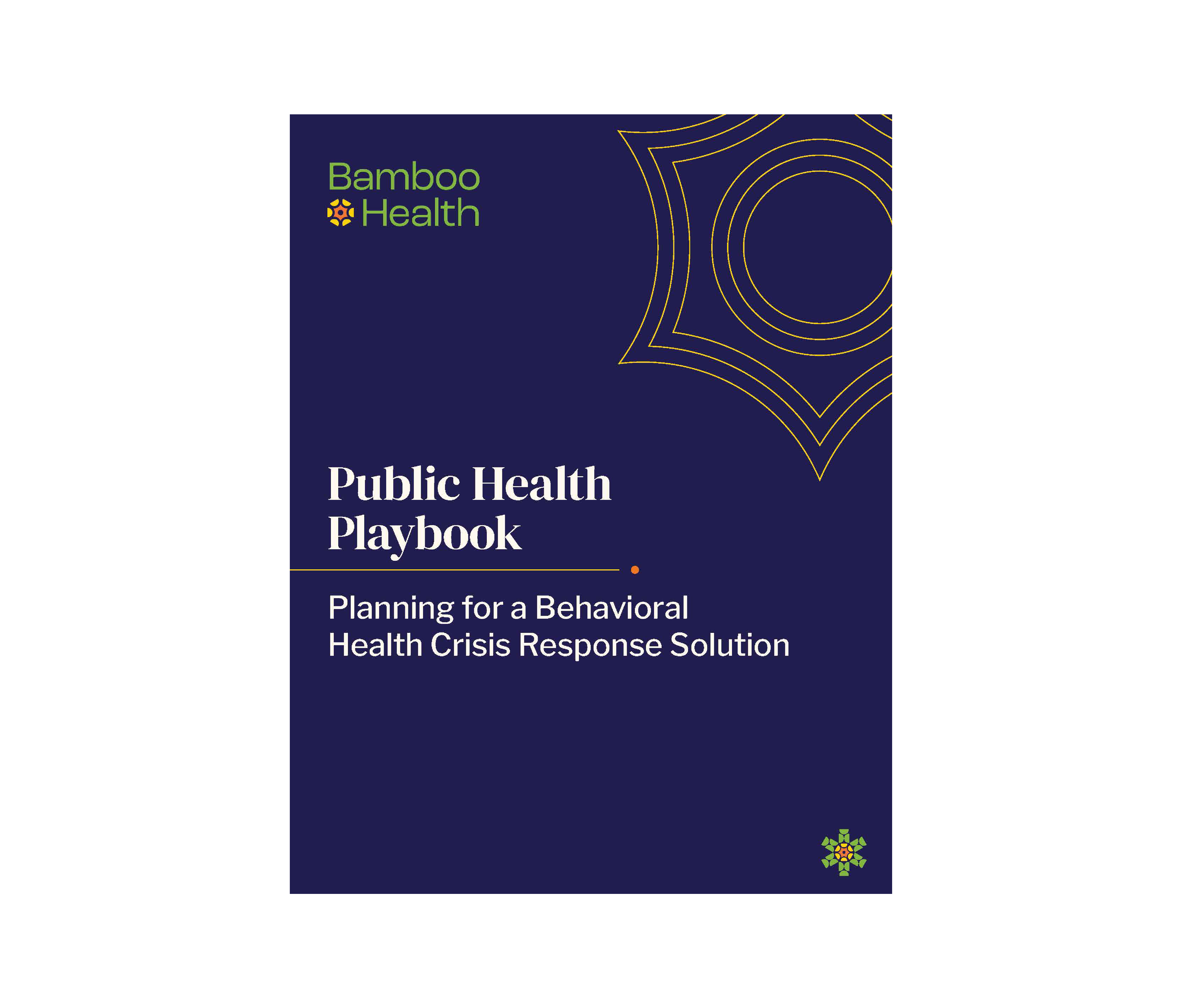 The Bamboo Health Crisis Management system leverages the foundational OpenBeds platform where referring providers can communicate with receiving providers, see bed availability in real-time, and refer patients to the appropriate level of care. With the Crisis Management System, crisis call center staff can communicate with mobile crisis units and treatment providers, see service availability in real-time, and dispatch patients to handle crisis situations related to mental health and SUD. The system is capable of supporting collaboration between departments of behavioral health and development services, law enforcement agencies, hospitals, and healthcare facilities, as well as various other behavioral health stakeholders.

The technology team behind the system has designed user-friendly dashboards that make it easy for both crisis call center professionals and mobile crisis response teams to use. The two parties can efficiently manage every step of a patient’s journey to admission or referral to a behavioral health provider. Plus, the system is interoperable with their different call lines as well as the clinicians’ EHR system.

Benefits of the Crisis Management System:

Get ahead of the July 2022 go-live of 988 and provide your community with a crisis management system that supports the full continuum of crisis care, the individual patient in crisis, and ultimately, greater public health.

Bamboo Health is ready to partner with you to help your state, county, or city to expedite access to assessment and treatment for those in crisis, track their journey from call to treatment, and coordinate all stakeholders within a crisis management system. The Bamboo Health Crisis Management System helps ensure that your state can deliver integrated, culturally competent, strengths-based services for its people when they need it most.